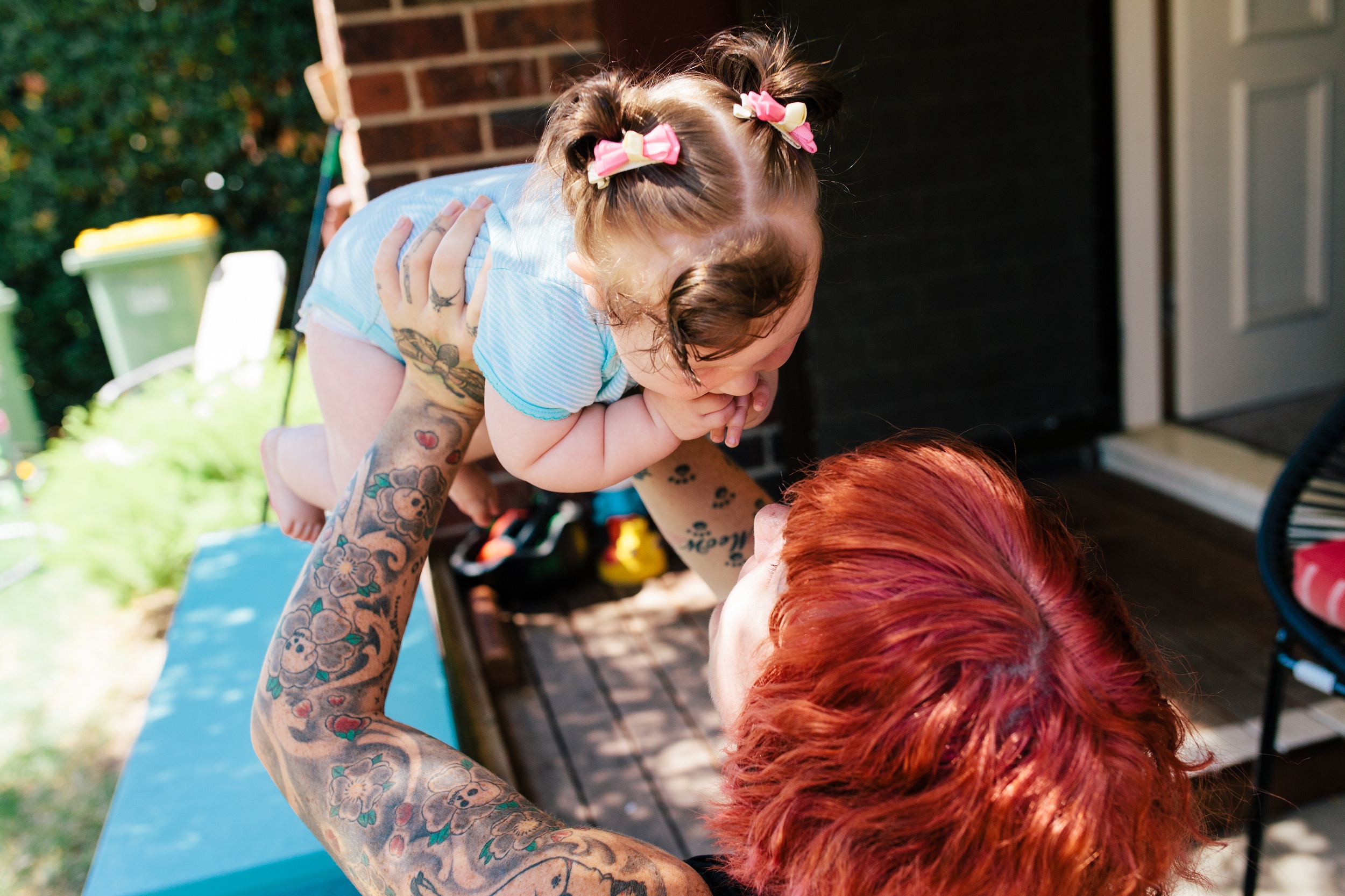 “I’m a foster kid. My parents are both addicts. I’ve got three other siblings and no one wanted to take on four kids, because that’s a big ask; so we were all separated. I think I went to about 16 families and 18 schools,” TJ explains.

Now, as the mother of Jett and Amity, she is determined to give them a better childhood - by being the best parent she can be, and breaking the cycle of trauma.

“I get annoyed at the whole Walt Disney, ‘this is how you’re supposed to have your upbringing’ fairytale thing. Nine times out of ten it’s not like that at all," she says.

TJ is the first to say it hasn't been easy. "This is not how I planned motherhood - but I wouldn't change it," she says.

Embracing her new role, with the support of her foster mother and The Babes Project, help put TJ on a positive path, to taking control of her life, and building a safe and nurturing world around her two kids.

“The most important thing that my children have taught me is to cry from complete happiness rather than [from] sadness.”

*TJ's journey is one of ten incredible stories in Rewriting Motherhood, the book we launched in May. You can still buy a copy online, and your purchase will cover a second copy for a woman seeking support for her crisis pregnancy.